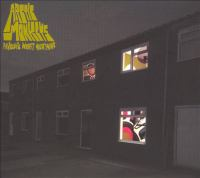 Description
Breathless praise is a time-honored tradition in British pop music, but even so, the whole brouhaha surrounding the 2006 debut of the Arctic Monkeys bordered on the absurd. It wasn't enough for the Arctic Monkeys to be the best new band of 2006; they had to be the saviors of rock & roll. Lead singer/songwriter Alex Turner had to be the best songwriter since Noel Gallagher or perhaps even Paul Weller, and their debut, Whatever People Say I Am, That's What I'm Not, at first was hailed as one of the most important albums of the decade, and then, just months after its release, NME called it one of the Top Five British albums ever. Heady stuff for a group just out of their teens, and they weathered the storm with minimal damage, losing their bassist but not their sense of purpose as they coped in the time-honored method for young bands riding the wave of enormous success: they kept on working. All year long they toured, rapidly writing and recording their second album, Favourite Worst Nightmare, getting it out just a little over a year after their debut, a speedy turnaround by any measure. Some may call it striking when the iron is hot, cashing in while there's still interest, but Favourite Worst Nightmare is the opposite of opportunism: it's the vibrant, thrilling sound of a band coming into its own. The Arctic Monkeys surely showed potential on Whatever People Say I Am, but their youthful vigor often camouflaged their debt to other bands. Here, they're absorbing their influences, turning their liberal borrowings from the Libertines, the Strokes, and the Jam into something that's their own distinct identity. Unlike any of those three bands, however, the Arctic Monkeys haven't stumbled on their second album; they haven't choked on hubris, they haven't overthought their sophomore salvo, nor have they cranked it out too quickly. That constant year of work resulted in startling growth as the band is testing the limits of what they can do and where they can go. Favourite Worst Nightmare hardly abandons the pleasures of their debut but instead frantically expands upon them. They still have a kinetic nervous energy, but this isn't a quartet that bashes out simply three-chord rock & roll. The Monkeys may start with an infectious riff, but then they'll violently burst into jagged yet tightly controlled blasts of post-punk squalls, or they'll dress a verse with circular harmonies as they do at the end of "Fluorescent Adolescent." Their signature is precision, evident in their concise songs, deftly executed instrumental interplay, and the details within Turner's wry wordplay, which is clever but never condescending. Indeed, the remarkable thing about the Arctic Monkeys -- which Favourite Worst Nightmare brings into sharp relief -- is their genuine guilelessness, how they restructure classic rock clichés in a way that pays little mind to how things were done in the past, and that all goes back to their youth. Born in the '80s and raised on the Strokes and the Libertines, they treat all rock as a level playing field, loving its traditions but not seeing musical barriers between generations, since the band learned all of rock history at once and now spit it all out in a giddy, cacophonous blend of post-punk and classic rock that sounds fresh, partially because they jam each of their very songs with a surplus of ideas. Some of this was true on their debut album, but it's the restlessness of Favourite Worst Nightmare that impresses -- they're discovering themselves as they go and, unlike so many modern bands, they're interested in the discovery and not appearances. They'll venture into darker territory, they'll slow things down on "Only Ones Who Know," they'll play art punk riffs without pretension. Here, they sound like they'll try anything, which makes this a rougher album in some ways than their debut, which indeed was more cohesive. All the songs on Whatever shared a similar viewpoint, whereas the excitement here is that there's a multitude of viewpoints, all suggesting different tantalizing directions they could go. On that debut, it was possible hear all the ways they were similar to their predecessors, but here it's possible to hear all the ways the Arctic Monkeys are a unique, vibrant band and that's why Favourite Worst Nightmare is in its own way more exciting than the debut: it reveals the depth and ambition of the band and, in doing so, it will turn skeptics into believers. ~ Stephen Thomas Erlewine
Also in This Series

Note! Citation formats are based on standards as of July 2010. Citations contain only title, author, edition, publisher, and year published. Citations should be used as a guideline and should be double checked for accuracy.
Staff View
Grouped Work ID:
242d787c-531a-9d79-1b97-d443d86b714b
Go To GroupedWork