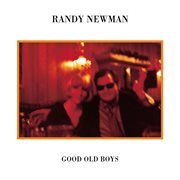 Description
Randy Newman's songwriting often walks a narrow line between intelligent satire and willful cruelty, and that line was never finer than on the album Good Old Boys. Newman had long displayed a fascination with the American South, and Good Old Boys was a song cycle where he gave free reign to his most imaginative (and venomous) thoughts on the subject. The album's scabrous opening cut, "Rednecks," is guaranteed to offend practically anyone with its tale of a slow-witted, willfully (and proudly) ignorant Southerner obsessed with "keeping the n-----s down." "A Wedding in Cherokee County" is more polite but hardly less mean-spirited, in which an impotent hick marries a circus freak; if the song's melody and arrangement weren't so skillful, it would be hard to imagine anyone bothering with this musical geek show. But elsewhere, Good Old Boys displays a very real compassion for the blighted history of the South, leavened with a knowing wit. "Birmingham" is a funny but humane tale of working-class Alabamians, "Louisiana 1927" and "Kingfish" are intelligent and powerfully evocative tales of the deep South in the depths of the Great Depression, and "Rollin'" is cheerful on the surface and troubling to anyone willing to look beneath it. Musically, Newman dives deep into his influences in Southern soul and also adds potent country accents (with the help of Al Perkins pedal-steel guitar) while dressing up his songs in typically expert string and horn arrangements. And Newman assumes each character, either brave or foolish, with the skill of a gifted actor, giving even his most loathsome characters enough depth that they're human beings, despite their flaws. Good Old Boys is one of Newman's finest albums; it's also one of his most provocative and infuriating, and that's probably just the way he wanted it. ~ Mark Deming
Also in This Series

Note! Citation formats are based on standards as of July 2010. Citations contain only title, author, edition, publisher, and year published. Citations should be used as a guideline and should be double checked for accuracy.
Staff View
Grouped Work ID:
e4a2b082-b6e0-a4d7-d5ec-7d66063eb8c7
Go To GroupedWork